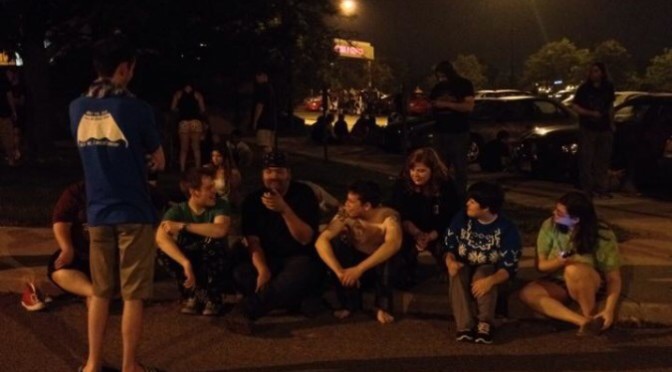 The Nerd & Tie Expo is the brainchild of Nerd & Tie. Our goal is to bring sustainable and fun three day convention experiences to you, the fans. We’re focused on bringing as much awesomeness as we can.

Q. What is the Nerd & Tie Expo?
A. The Nerd & Tie Expo is a three day convention hosted by Nerd & Tie from September 23-25, 2016 in Eau Claire, WI. It’s a convention focused on all things “geek,” from anime to scifi to tabletop gaming to videogaming, and we hope to make it the cornerstone geek event for the Chippewa Valley.

Q. What Kind of Things Can I Do There?
A. The Nerd & Tie Expo brings everything you’d expect from a larger con. Events include a cosplay contest, guest panels, fan panels, a dance, and live music events. If you want to come and play games, we have fully stocked tabletop and videogame rooms for you to enjoy yourself. And, of course, if you want to shop, there’s always the vendor room and artist alley.

Q. Why is Attendance capped?
A. We’ve always had a theory that smaller cons were the most fun, but they almost always end up expanding and outgrowing that phase. Well why not try and build a con designed to stay that small?

So that’s what we’re doing.

We want you to be able to have the intimate, friendly experience of a smaller con, while still being able to trust that its being run by people who will ensure that you’re taken care of.

So, y’know, we’ve sorta done this before.

For the Nerd & Tie Expo we’re bringing together a team of experienced, talented staffers to make sure it’s the best con it can be.