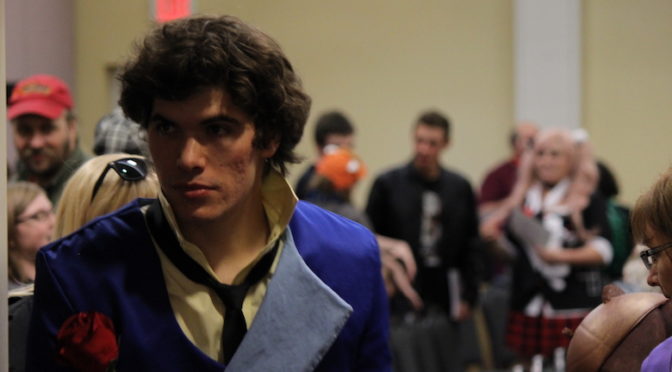 Look, we’re all sad about cancelling 2017’s event (remember – you can always donate to our legal fund), but the good news is that we’re finally sharing the long awaited official photo gallery from the 2016 Nerd & Tie Expo!

Hi folks, I don’t like coming to you with bad news, but there’s not really any way to beat around the bush on this one. It’s with a lot of disappointment that we have to announce that there will be no 2017 Nerd & Tie Expo.

We had a great time in 2016, and while attendance was lower than we hoped, we felt the con was a big success honestly. We expected the first year con to lose money, so that wasn’t really a problem. Unfortunately, with the loss of the Plaza Hotel as a possible venue and the ongoing lawsuit brought by AnimeCon.org CEO Ryan Kopf against us, we had to look at a lot of hard realities.

The fact is, we just don’t have the budget to put on another show in any of the available venues where we’d have any chance of breaking even. Either we’d have to limit our size too much in what we could offer, or the price was too high. We just don’t feel confident we could deliver an experience close to what we gave you the first time around.

In the next week we’ll finally get around to posting the long promised official photos from the Nerd & Tie Expo. Hopefully, once the dust has settled (and we’re not forking out all available cash to our lawyer) we can bring back this amazing event.

We love you, and we hope to see you again. 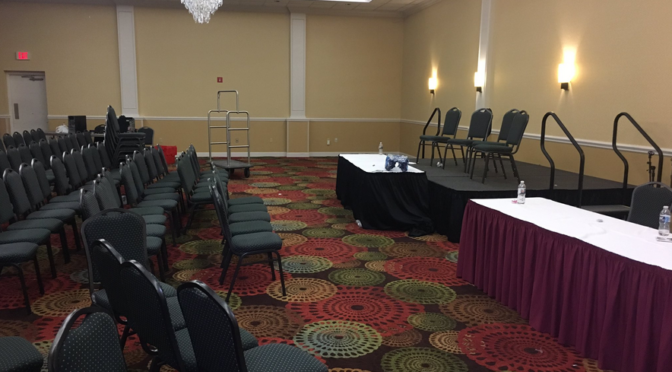 We had an amazing time this weekend at the first Nerd & Tie Expo, and we’re so glad you guys joined us! We want to thank each and every one of you who made our first convention such a success.

We fully plan on coming back next year, though we’re still hunting down a new venue for 2017 (with the pending demolition of the Plaza). We’ll let you know when we’re coming back in this space, so be ready! 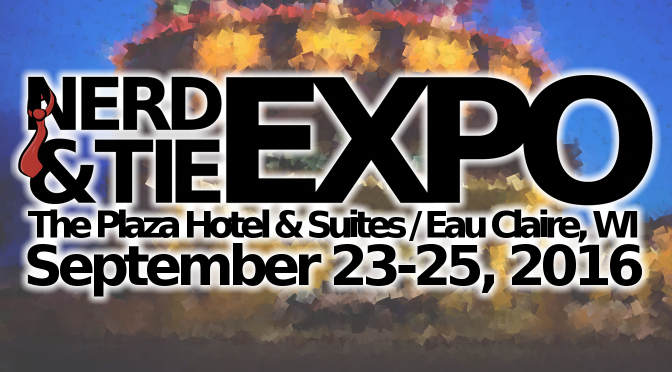 The first ever Nerd & Tie Expo is coming up soon, and we’re happy to release our online program guide!

Our online guide is designed to look good on computers, tablets and smart phones, so no matter what device you have we guarantee you’ll have the most up to date schedule and information at your fingertips at all times.

(There will, of course, be paper guides too at the con — they’re just less exciting to talk about.)

You can access the online program guide right here, and we look forward to seeing you all in less than two weeks! 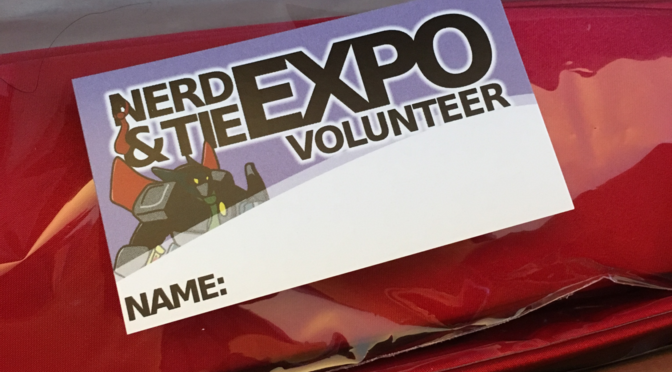 Did you know that if you’re willing to volunteer for the Nerd & Tie Expo, we’ll let you into the con for free? It’s true! If you’re willing to just give us ten hours of your time, you get into the event for nothing. I also have it on good authority that volunteering with make you taller, faster, stronger, possibly more attractive to the gender of your choice, and feed your very soul.

Of course, that last bit may just be a rumor.

All you have to do to volunteer is head on over to our Volunteer Page on the website, download the application, and email it to us. That’s it!

We look forward to hearing from you.

Hey folks, Preregistration has officially closed for the Nerd & Tie Expo. But don’t worry — if you still want to go, you still can. Badges are still available at the door, and you can always volunteer and join our team.

We’re really excited about the con this year, and we hope you are too. 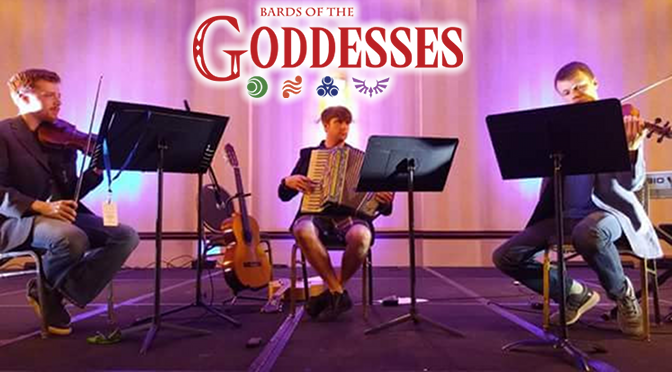 We’re getting closer and closer the the first Nerd & Tie Expo, and we’re all pretty excited about it. We’re happy to announce that the event is getting bigger every day too, as we have yet another guest to announce.

That guest is, of course, the group Bards of the Goddesses.

A trio of musicians who switch between guitar, piano, violin, accordion, and viola, they cover music from The Legend of Zelda, Halo, Professor Layton, and more. You can read more about the group on our guests page.

Also, remember that Preregistration closes Friday — so don’t forget to do so if you want to get the best price for a badge! Preregister right now!

Some of you have asked for a little more time to preregister, and we hear you. Because of that, we’re extending preregistration until Friday, September 2nd!

This is your last chance though, so make sure you preregister today!

We’ve had a lot of fun at other conventions with the Nerd & Tie Expo 2016 Roadshow, but as the con looms closer, it’s time to bring things to a close. That doesn’t mean that we can’t enjoy our last outing though! This weekend we’ll be making our final stop at Geek.kon at the Madison Marriott West, just outside Madison, WI.

This will be your last chance to Preregister for the Nerd & Tie Expo at our Roadshow price, so don’t miss this last opportunity. Of course, as preregistration closes on Sunday, even if you can’t make it to Geek.kon, you should still make sure you take care of that.

Besides our Roadshow table, we’ll also be doing a live version of our podcast, several panels, and the final episode of Otaku Tonight — so you should make sure you come on down. It’ll be a good time.

Have you preregistered for the Nerd & Tie Expo yet? Well, you still have time — but it’s running out. Preregistration closes Sunday, and you don’t want to miss your last chance to save ten bucks on your admission!